An inherent quality of science, ever since the birth of the modern scientific method, is the creation of strict definitions by which to measure and categorize the natural world. The universe, however, is intrinsically gradated, and generally lacks the definite black-and-white factors that we seek. This leads to ambiguity and dispute as distinctions are arbitrarily defined, such as with the case of the life-like non-living virus (Villarreal, 2008). This trend continues to the macroscopic level, as shown by the difficulty creating a “cosmic address” for our planet.

Trying to explicitly define the Earth’s address on the cosmic map has been an ongoing problem in astronomy, especially in the largest scales. Historic western ideology placed the Earth in the center of the universe, later corrected by Galileo and contemporaries through the heliocentric model. Zooming out, the solar system is placed within a spiral galaxy named the Milky Way, which is as far as most “addresses” go. But where exactly is our galaxy? In 1956, Gérard Henri de Vaucouleurs grouped ours with a few others, calling it the Virgo Supercluster (Huchra, 2007). The problem is that Vaucoulerurs created a very loose definition of the term “supercluster”, using it to mean any region with a high concentration of galaxies. In addition, the structure of the universe in the largest scales consists of long webs and large voids (Courtois, 2013), making it difficult to show where one supercluster ends and another begins (see Fig. 1). 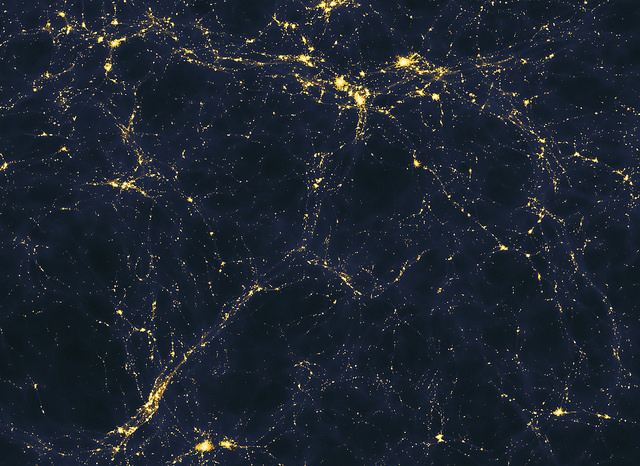 Figure 1: The large scale structure of the observable universe; in this scale, galaxies become mere specks of light (Pontzen and Governato, 2014)

In an attempt to refine the definition, R. Brent Tully of the University of Hawaii looked to how geologists group rivers and tributaries on the Earth (Tully, 2014). Surface water flows from areas of higher to lower elevation, following the pull of gravity. These tributaries are grouped into “watersheds” – any region where the surface water flows to the same point (United States Environmental Protection Agency, 2012). Thus, it is easy to draw dividing lines between watersheds based on which direction the water flows (see Fig. 2).

Similarly, Tully has defined a supercluster as being a group of galaxies being drawn in the same direction (Tully, 2014). Just as water is pulled by gravity to different locations on Earth, galaxies are pulled towards denser areas, which have a greater gravitational field. The similarities are even more evident when visualizing “gravitational wells” (see Fig. 3) – dense bodies effectively bending space to attract other bodies (Northwest University, n.d.). Objects “falling into” these gravity wells is analogous to the flow of water from high to low elevation, further showing the correlation between Tully’s supercluster and a watershed. 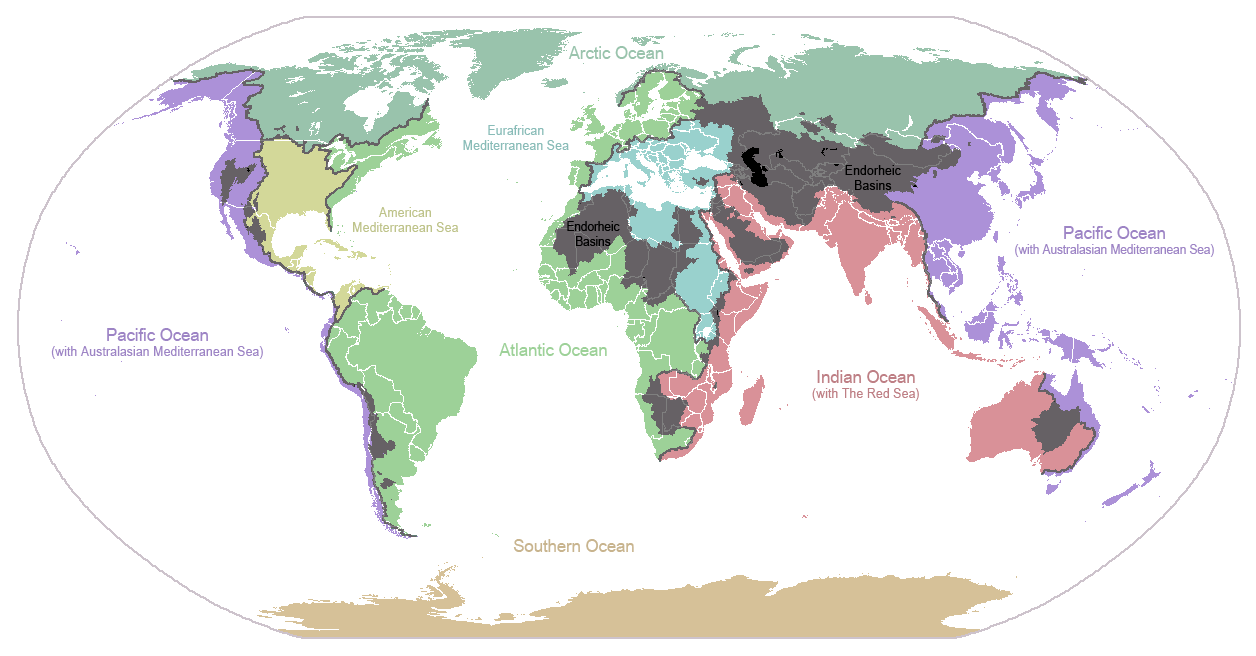 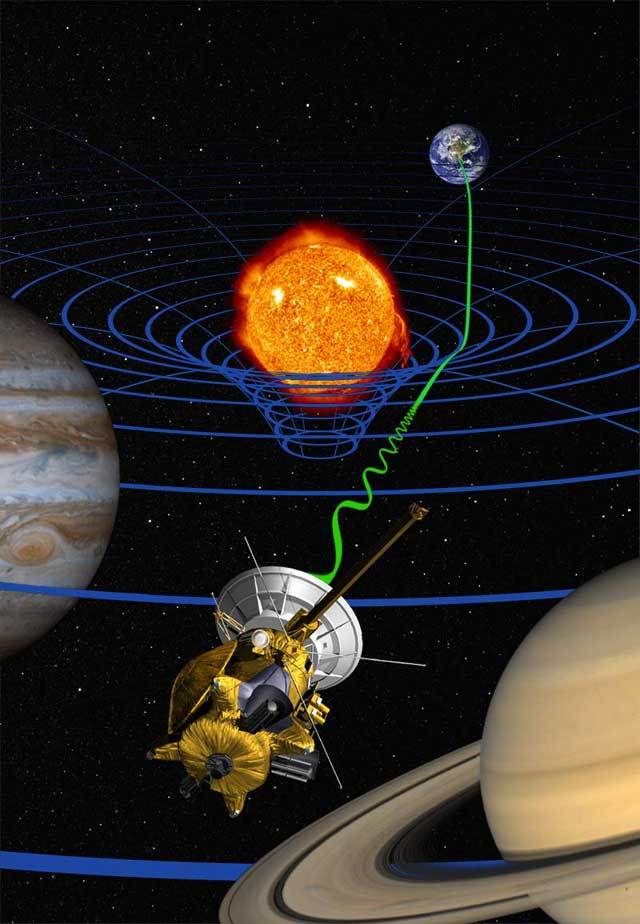 Figure 3: Artist’s rendition of a gravity well around the sun (Cassini-science-br, n.d.)

Using this definition, and a database of the velocities of 8000 galaxies (ignoring Hubble expansion), the researchers at the University of Hawaii defined our home supercluster as “Laniakea”, meaning “immeasurable heaven” in Hawaiian (Gibney, 2014) (see Fig. 4). Laniakea was found to be a hundred times more massive than the Virgo Supercluster, and includes all galaxies that are moving towards the previously discovered “Great Attractor”, a considerably dense patch of space (University of Hawaii: Institute of Astronomy, 2011).

Thus, we now have a clear definition of our cosmic address: Earth, Solar System, Milky Way, Laniakea, Universe. This could be called a watershed moment in history. 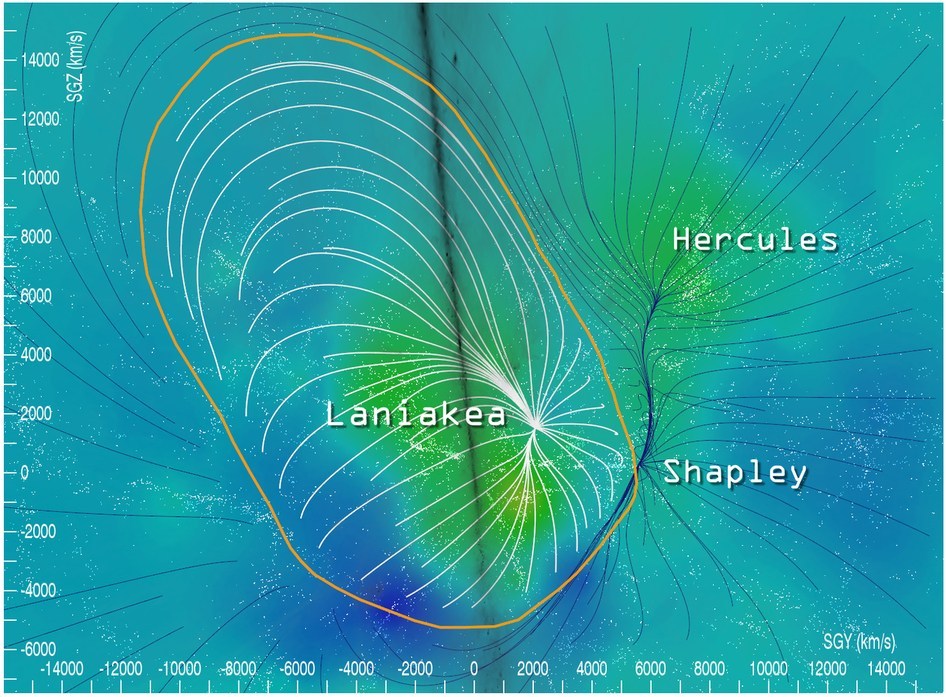 Figure 4: The Laniakea Supercluster; similar to fig 2, the orange outline shows galaxies which are moving towards the same point (Tully, 2014)