Back in elementary school, we were taught the difference between living and non-living through a mnemonic like GRIMMACE or MRS GREN[1]. If a specimen exhibits said characteristics, then it is considered alive. In university, a more formal definition is introduced – that life must grow, reproduce, evolve, and have genetic instructions. Despite this seemingly authoritative definition, however, ambiguities such as viruses and the first proto-cell still arise, highlighting the flaws in these “modern” definitions.

Evidently, the creation of a complete definition for life challenges scientists to this day, as we still lack one that is universally accepted (Tirard, Morange and Lazcano, 2010). Historically, life has been defined through, arguably anthropocentric, observations – life is simply what differentiated a person, animal, or plant from a rock. Since bacteria and the like cannot be seen, they were of no concern, marking an obvious problem with the definition. Aside from microorganisms, more discoveries marked similar challenges to the then-accepted view of life, such as the introduction of extremophiles able to thrive in environments thought to be unsuitable for life and the metabolism of exotic chemicals (Nealson and Conrad, 1999; Martin and Russell, 2003).

There are those who argue that life should have an empirical (observation-based) definition, stating that, unlike in mathematics, there cannot be a precise definition. This method, however, is inherently flawed because 1) observations are prone to human bias, as previously shown; 2) the definition becomes quickly outdated with the discovery of unique specimens inconsistent with it; and 3) it does little to unify life under one criterion, instead providing a box of examples that are considered living (Tirard, Morange and Lazcano, 2010). In addition, the lack of a criterion makes it difficult to categorize whether something is living or not, thus hindering the discovery of, for example, extraterrestrial life. Instead of creating an organic definition that changes itself to fit new ideas as empiricists hope, it would simply become locked as an outdated and flawed one. 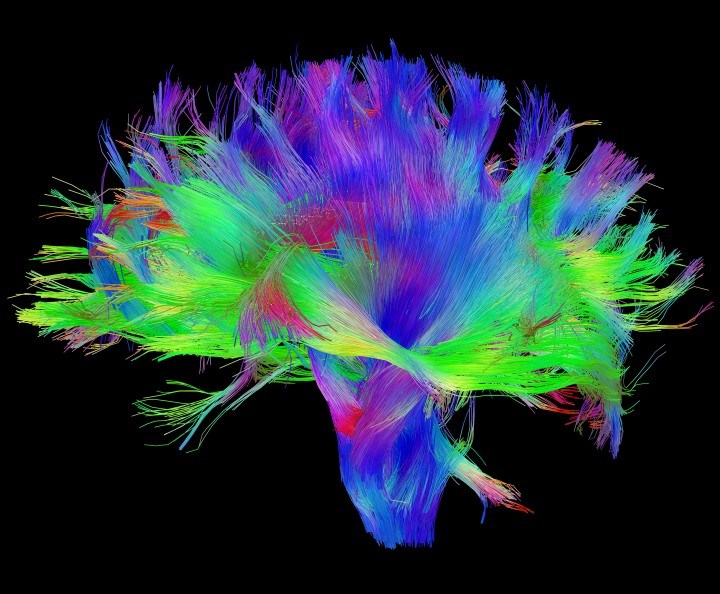 Figure 1: Render of neural pathways in a section of the brain; complex, organized structures like this seemingly defy the 2nd law of thermodynamics (Human Connectome Project, 2014)

A number of alternative definitions for life have been proposed, the most notable of which has been the concept of negative entropy, first introduced by Schrödinger [2] in his 1944 book, “What is Life”. According to the second law of thermodynamics, entropy (disorder) increases over time. This, however, seemingly creates a “paradox of life” (fig 1), since according to the 2nd law, a complex and highly organized system such as cells cannot exist. This is the basis for Schrödinger’s definition – life expends energy to maintain its order, increasing the disorder outside it (Schrödinger, 1944). This definition effectively groups all currently known forms of life, while still being broad enough to account for those that are not known. It even accounts for superorganisms and ecosystems as being alive in the whole[3] (Schneider and Kay, 1994), and is a concept applicable to the chaos within economics[4] (Raine, Foster and Potts, 2006). This, however, brings up the counterpoint of highly organized artificial systems such as the Internet, which does use energy to maintain order (fig 2). Although most people would agree that the Internet is not alive, it does not reduce the validity of Schrödinger’s definition, because they are technically built by living organisms (us!). From an exploratory standpoint, it is just as valid to consider such structures as alive, as it gives a clue as to what made them. The universe in general wants to move towards a homogeneous, low-energy state, therefore for a complex system to exist, it must have been created by something even more complex – life. 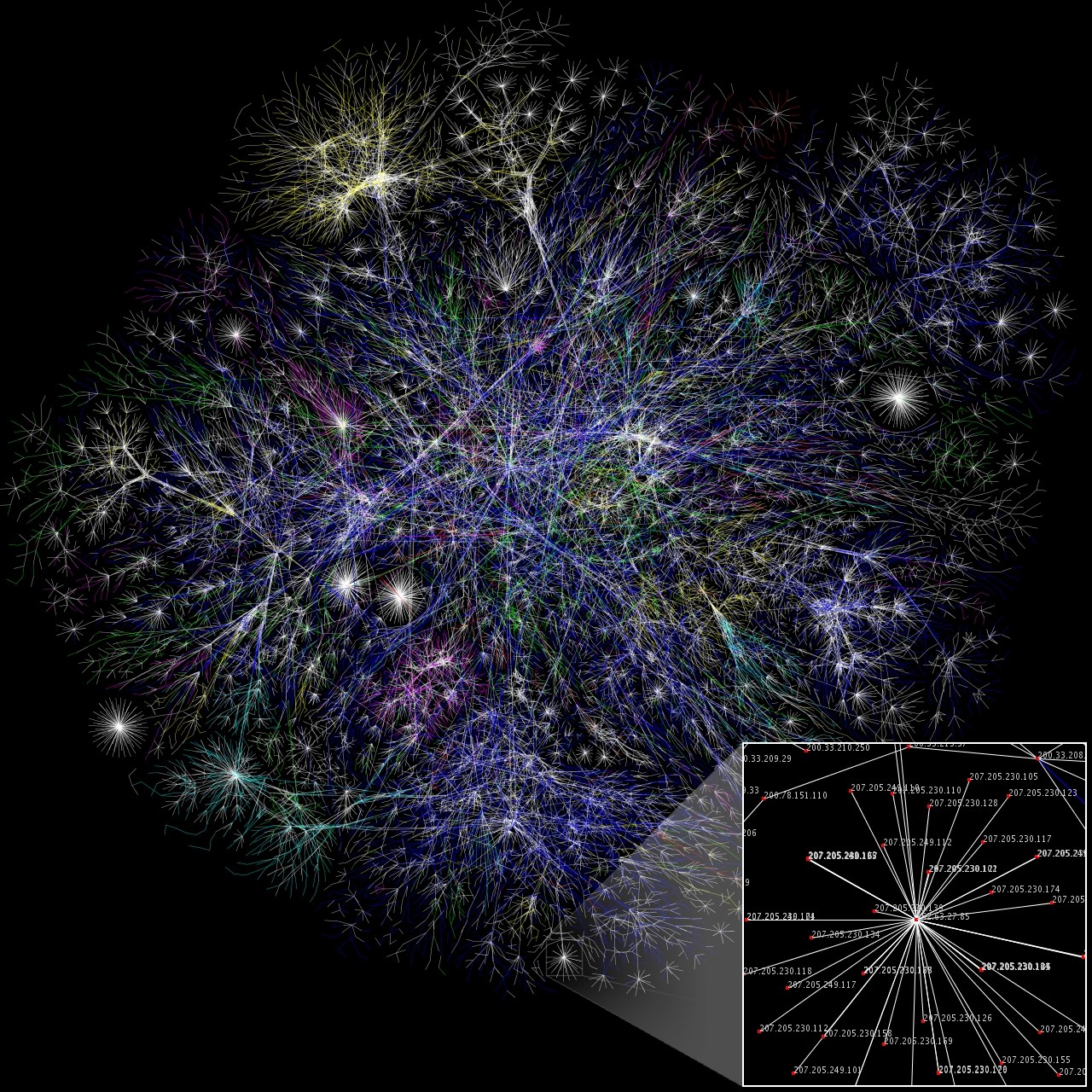 There is no current perfect definition for life, as all are flawed in some way or another, and there will likely never be one, though this may not truly be important. In an interview with Astrobiology Magazine, Dr. Carol Cleland states that scientists are more concerned about the nature of life in general, not its dead-text meaning on a dictionary (Dunbar, 2013). What life is depends on the perspective taken on it.

[2] Yes, that Schrödinger. The genius who came up with the electron wave equation, and the quantum both-dead-and-alive cat also wrote a definition for life.

[3] Considering that ecosystems are really just organisms viewed from a different (larger) perspective – each individual takes on the hierarchical category of the cell working in this larger system.

[4] Although an artificial system, economics is much more disorganized than the Internet. Research goes into trying to find patterns in order to predict market movements, one of which (the one referenced) tries to treat it like a living system.