The evolution of the modern human is a topic wrought with unanswered questions, with one of the biggest being the shift to bipedalism. The bipedal stance is one of the most defining characteristics of humanity; evolutionarily, it precedes even cranial capacity (Lovejoy, 1988). Historically, its causality has been attempted to be explained via a single event, with some even extending the effects of this breakthrough adaptation to various other human features, such as hairlessness, in seeking to create an all-encompassing hypothesis for the evolution of man (Langdon, 1997).

In the 1960s, the answer was simple and well-accepted – the climate rapidly changed, resulting in a change of habitat from forest to savanna (Dart, 1953). Here, bipedalism would have been required to look over the grasslands, which subsequently resulted in various other morphological changes. Reduced energy requirement allowed for chasing prey, which then resulted in better temperature regulation and thus the switch from fur to sweat (Alexander, 2004; Wheeler, 1984). The freeing of the front limbs allowed for tool-making, and subsequently increased brain size. One problem – evidence surfaced that the transition from arboreal to savannah environments was slower than expected, and that bipedalism had evolved before the transition had finished (Thorpe, Holder and Crompton, 2007; Cerling et al., 2011). Early bipedal australopithecines show adaptations for forested habitats such as longer digits on both hands and feet – they had learned to walk in the trees before the savannah forced them to the ground (Protsch von Zieten and Clarke, 2003).

The entire model for human evolution had been proven wrong, and anthropologists had to restart. Since then, various other hypotheses have been put forward, much of which are in the same vein of creating a universal causality for human evolution (Langdon, 1997). One that is particularly at fault is the Aquatic Ape Hypothesis (AAH), which claims that humans evolved from adaptation in a semiaquatic environment (Hardy, 1960). The great apes are known to walk on two legs when wading through water. All hairless mammals, barring the naked mole-rat, are known to have aquatic ancestors. The ability to speak is reliant on conscious control of breath, which, again, is present only in aquatic mammals (Morgan, 2009; Hardy, 1960). 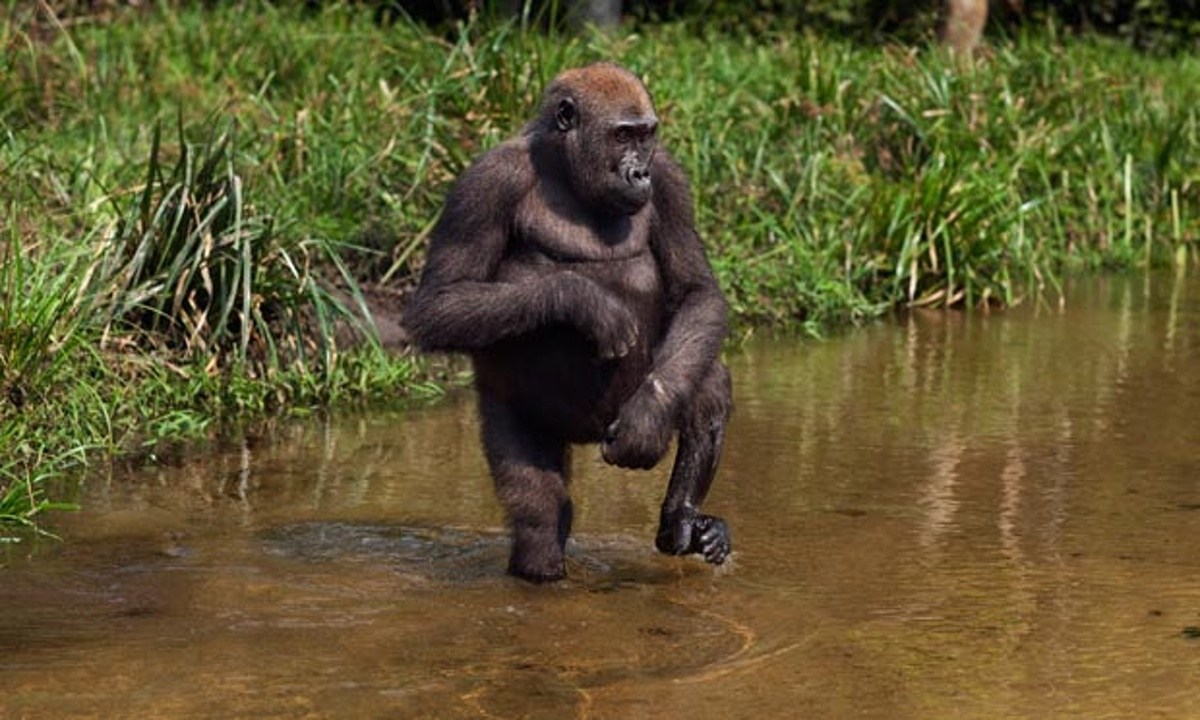 Figure 1: A female western lowland gorilla, seen here wading in water on two legs. Observations such as these are often taken as evidence in favour of the aquatic ape hypothesis (The Guardian, 2013).

At first glance, AAH is a sound hypothesis, but, like the savannah hypothesis, it fails due to its attempt at simplicity. Despite conveying what looks to be Darwinian evidence for selection pressure towards an aquatic existence, evidence for AAH is simply comparative anatomy, and thus cannot be taken as proof of causation (Cunnane, 1980). For example, the hypothesis cannot address convergent evolution, and there exists no fossil evidence for adaptations to water in early hominins. Additionally, instead of being simple, it actually relies on more assumptions – that hominins experienced a selection pressure towards an aquatic existence, and selection pressure to keep the traits gained at the time (Langdon, 1997).

The appeal of these “umbrella hypotheses” could be the aesthetics of a single absolute explanation for such a wide result (Langdon, 1997). Despite Occam’s razor’s disposition towards simpler explanations, one should be careful that such an explanation is justifiable and appropriate for what it attempts to explain.