Dogs, cats, sheep, pigs, chicken – humans have only ever domesticated a few dozen animals, out of the 66 thousand known vertebrate, and 1.3 million invertebrate, species (The World Conservation Union, 2014). Why would this be the case? If humans could tame wild bulls for generations – long enough to domesticate into cattle – then it should be reasonable to do the same with bison, impalas, and lions. Of course, the reason we do not tame lions is obvious, as it has evolved for predation and would be much more difficult to control, but the same cannot be said about the former two.

In analyzing this question, it would be useful to first define what domestication is – in a sense, it is a form of mutualism since the numeric response (the reproductive rate) increases for both species in the interaction (Zeder, 2015; Thompson, 2005). This mutualism involves one species taking dominant control over another’s reproduction, thus sustaining the interaction over multiple generations (Zeder, 2015). While implying a cultural, and thus human, aspect, this is also applicable to non-human domesticators such as leafcutter ants with fungus farms (Figure 1; Mueller et al., 2005). 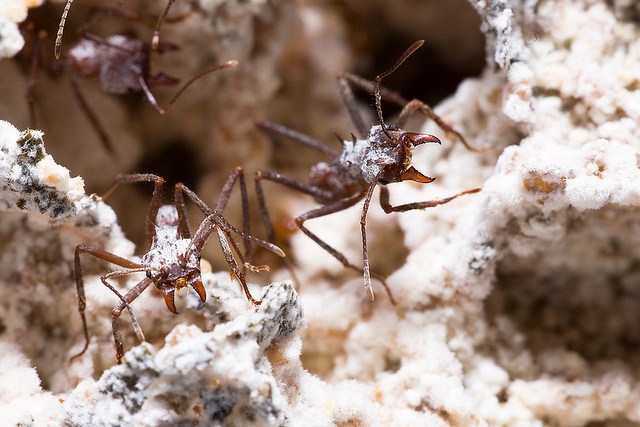 It is notable that this differs from taming largely due to being sustained over generations, resulting in significant evolutionary activity, compared to taming’s individual behavioural conditioning (Frantz et al., 2015; Driscoll, Macdonald and O’Brien, 2009). Taming, however, is an important first factor in domestication, and one that differentiated the lion from the bull – easier to tame means easier to domesticate (Larson and Fuller, 2014). This includes both fight and flight, as animals prone to flight, such as antelopes, are difficult to keep encaged (Price, 1984).

Domestic animals are also thermodynamically favourable – they are animals with the least amount of dietary needs. Because only approximately 10% of energy is passed to higher trophic levels, herbivores require less food and therefore are easier to raise than carnivores (Lindeman, 1942). This pertains mostly to prey animals, those domesticated for food, but also apply for companionship and other nonfood animals such as dogs and horses. There is no reason to domesticate an animal if a less resource intensive one that serves the same function can be used.

Because domestication relies on sustainability across new generations, the animals must necessarily be able to breed in captivity. This is especially important as domestication tends to be done for certain specific traits, that are artificially intensified via selective breeding (Larson and Fuller, 2014; Marshall, Dobney, Denham and Capriles, 2014). Animals such as pandas that are difficult to breed in captivity cannot efficiently be bred for these traits, and are thus unsuitable for domestication. Finally, animals with social hierarchies are easier to domesticate as humans could take control of entire herds by assuming the dominant position in this hierarchy, explaining why domestic animals are disproportionately mammalian. (Price, 1984).

Thus, only those animals who happen to lie in the intersection of all these traits, already having evolved with these preadaptations, are suitable for domestication.