This is a summary of features implemented in a raytracer for academic credit in the course CS 688 Computer Graphics at the University of Waterloo.

Comparison of a Cornell box with and without texture mapping. The back wall is textured with a Hubble image of the Helix nebula, and the red and mirror balls are normal mapped as a brick wall. The mirror ball demonstrates the normal map affects every lighting interaction. The third image demonstrates both mappings can be applied simultaneously. 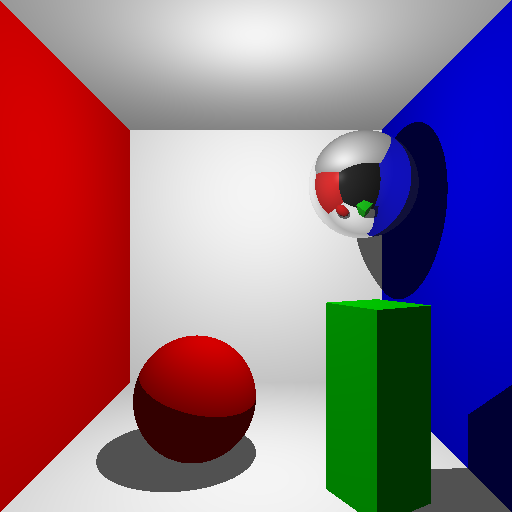 Figure 1: No Texture or Bump Mapping 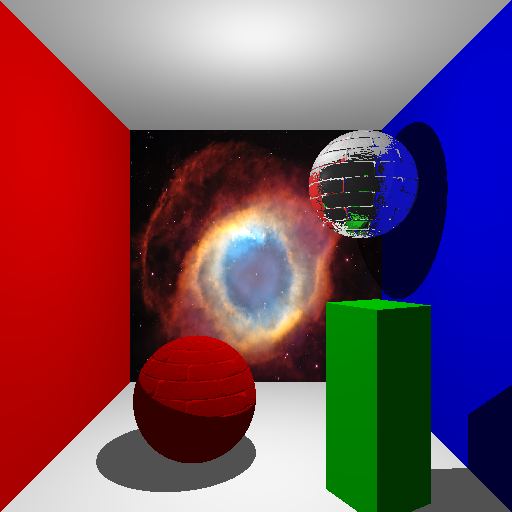 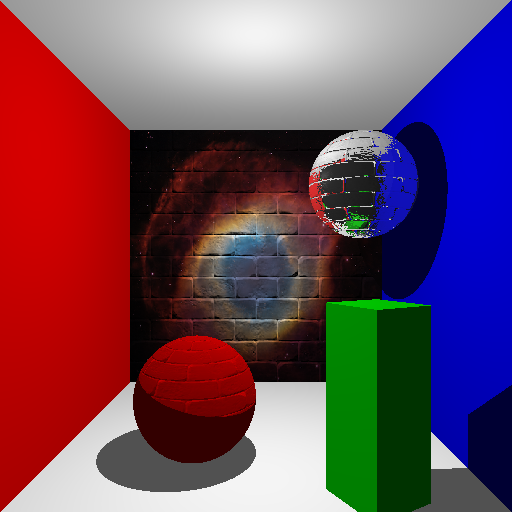 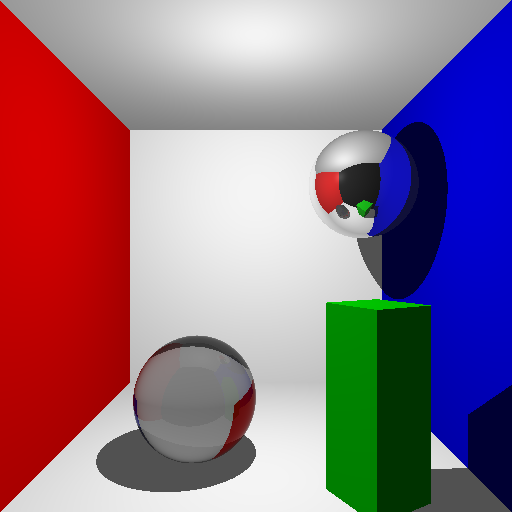 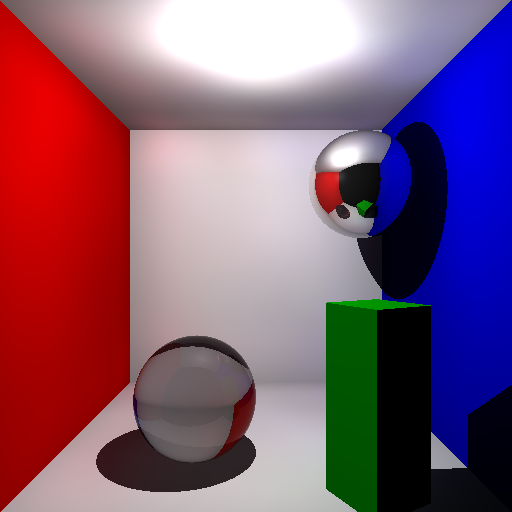 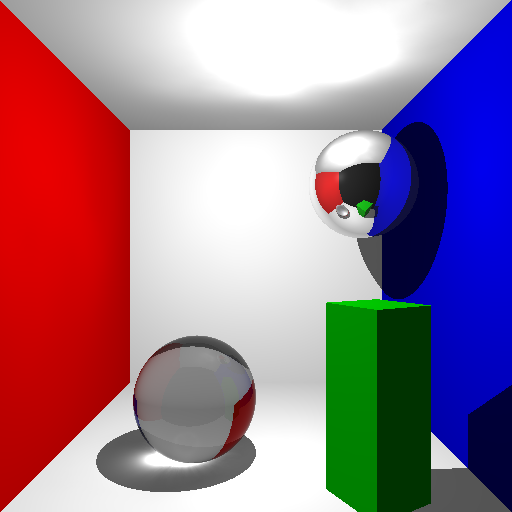 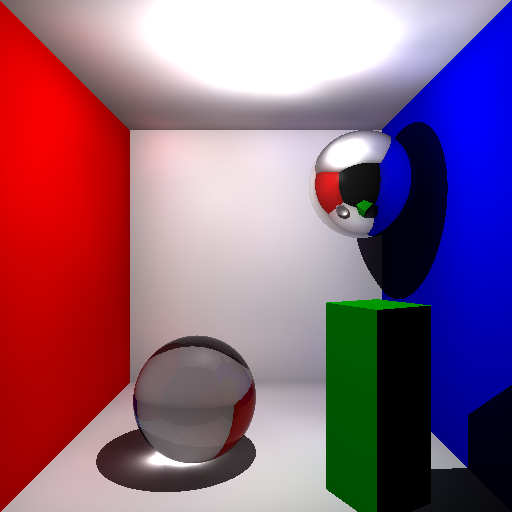 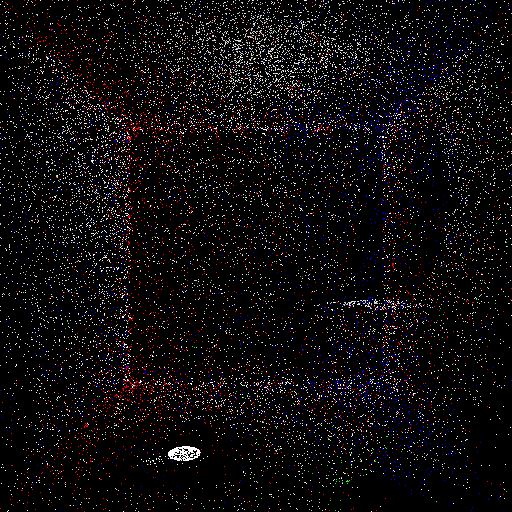 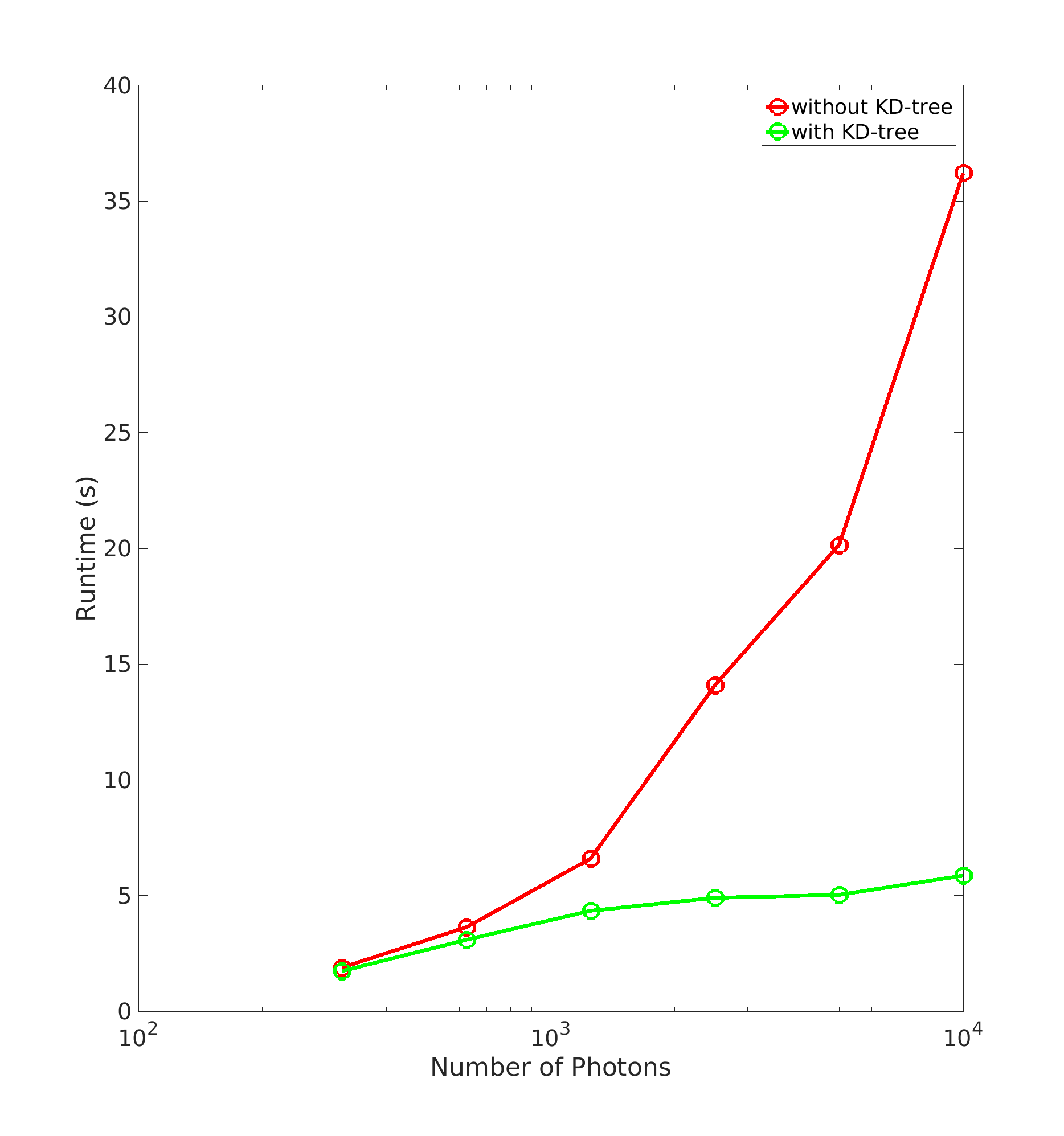 Comparison of filters for a simple Cornell box with direct sampling of the global illumination map (including direct illumination), using 256 photons. Direct illumination by shadow rays is turned off to better visualize the noise in each filter. The cone filter uses k=1 and the Gaussian filter uses the parameter values provided by Jensen 2002. 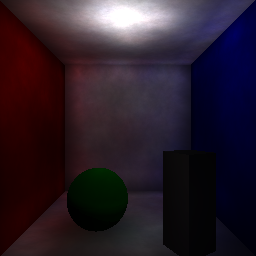 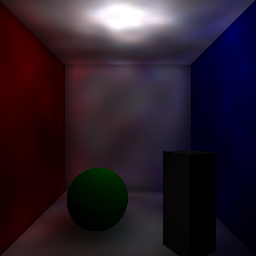 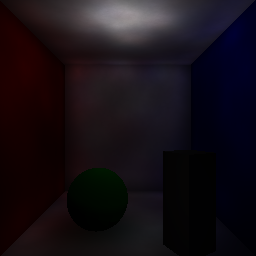 Rendering of plasmas. The floor has been recoloured grey to better show the effect. Notice the colour shift between the edges of the material and the center, where the material is thicker. Also notice that plasmas are rendered correctly even in the mirror reflection. Note that image 1 and 2 have different materials set, while 2 and 3 both have materials tagged as plasma, which are not rendered at all when the compile-time flag is unset. 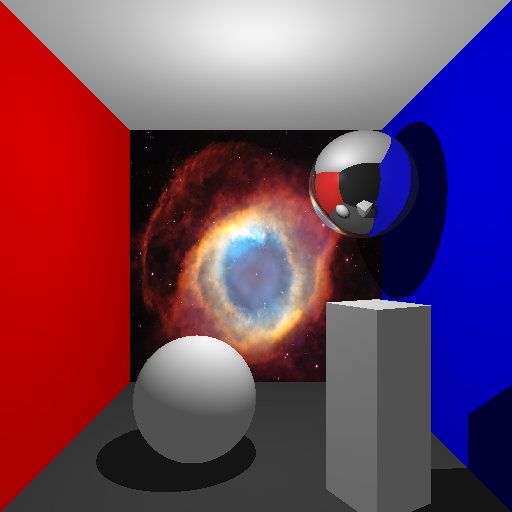 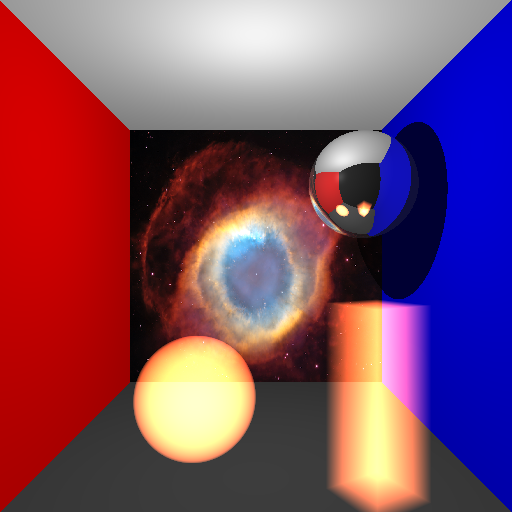 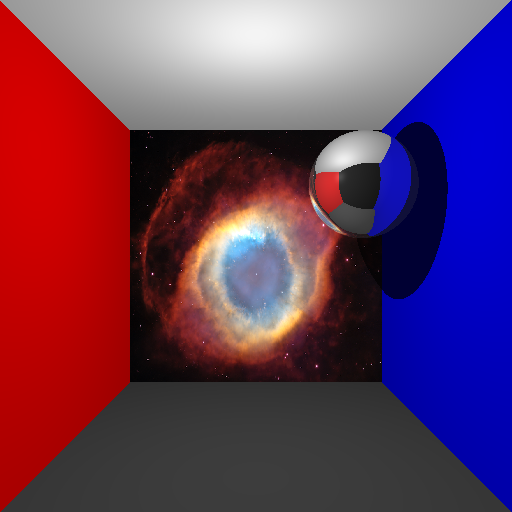 Comparison of the raytracer with and without subsurface scattering. Notice the light emittance through the material in the back-lit, subsurface render, and the more transluscent reflectance in the top-lit. Note the abnormal lighting underneath the box as an artifact of our sampling method. 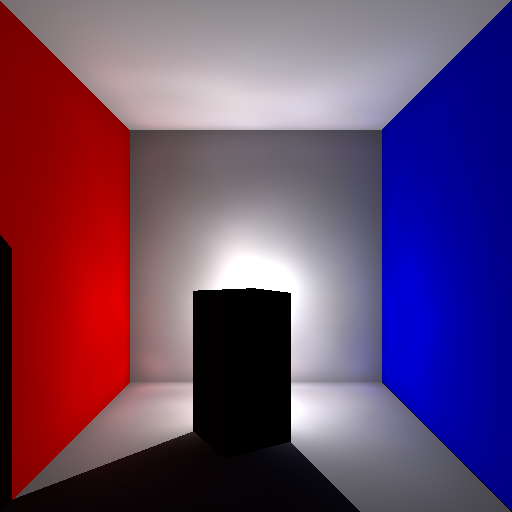 Figure 5: No Subsurface Scattering, Back Lit 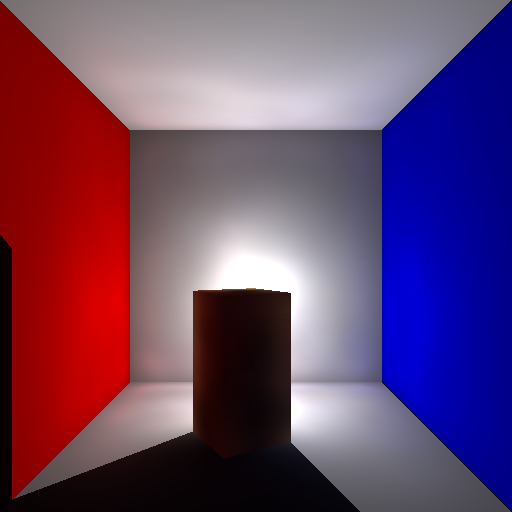 Figure 5: With Subsurface Scattering, Back Lit 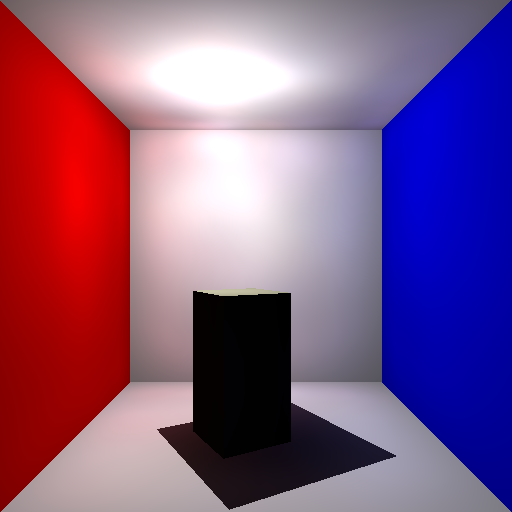 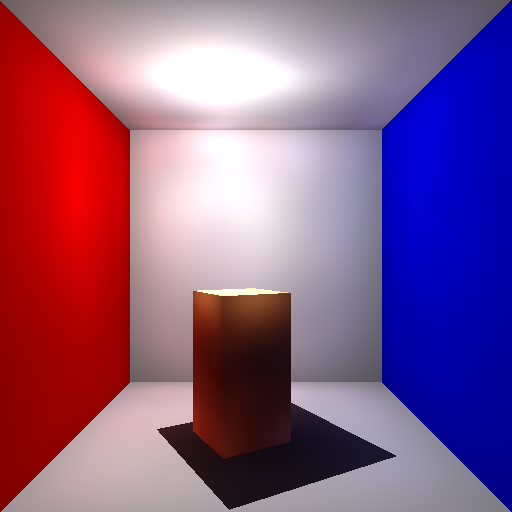 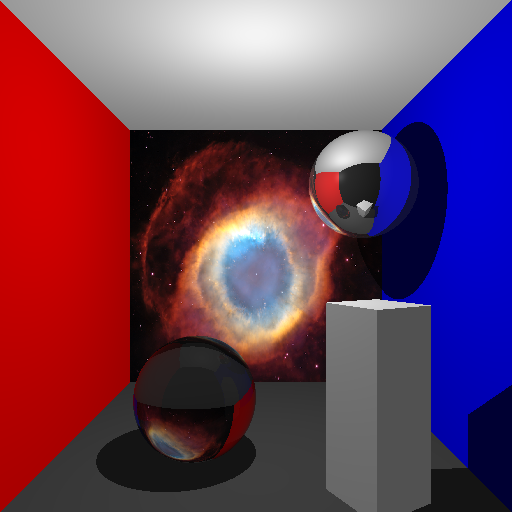 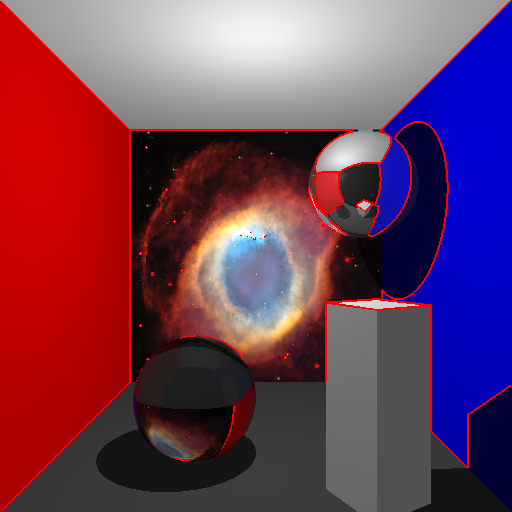 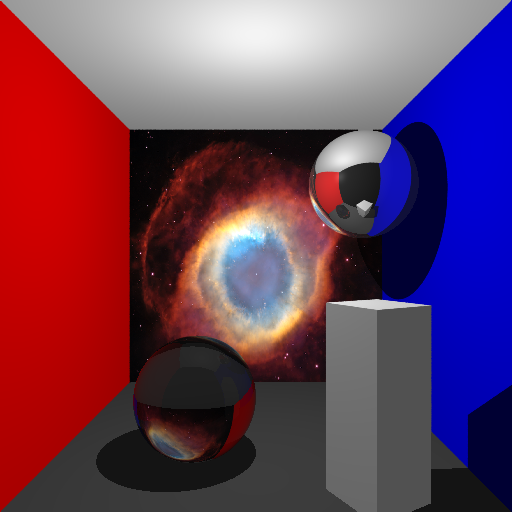 Comparison of a mesh without Phong shading, and with Phong shading applied. Notice the faceted faces become smoothed out due to the interpolation of vertex normals. 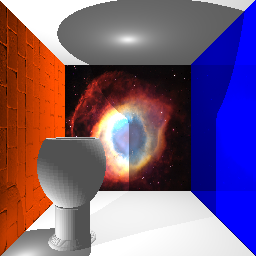 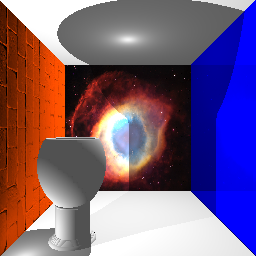 Comparison of our raytraced image with Claesz’ original painting. 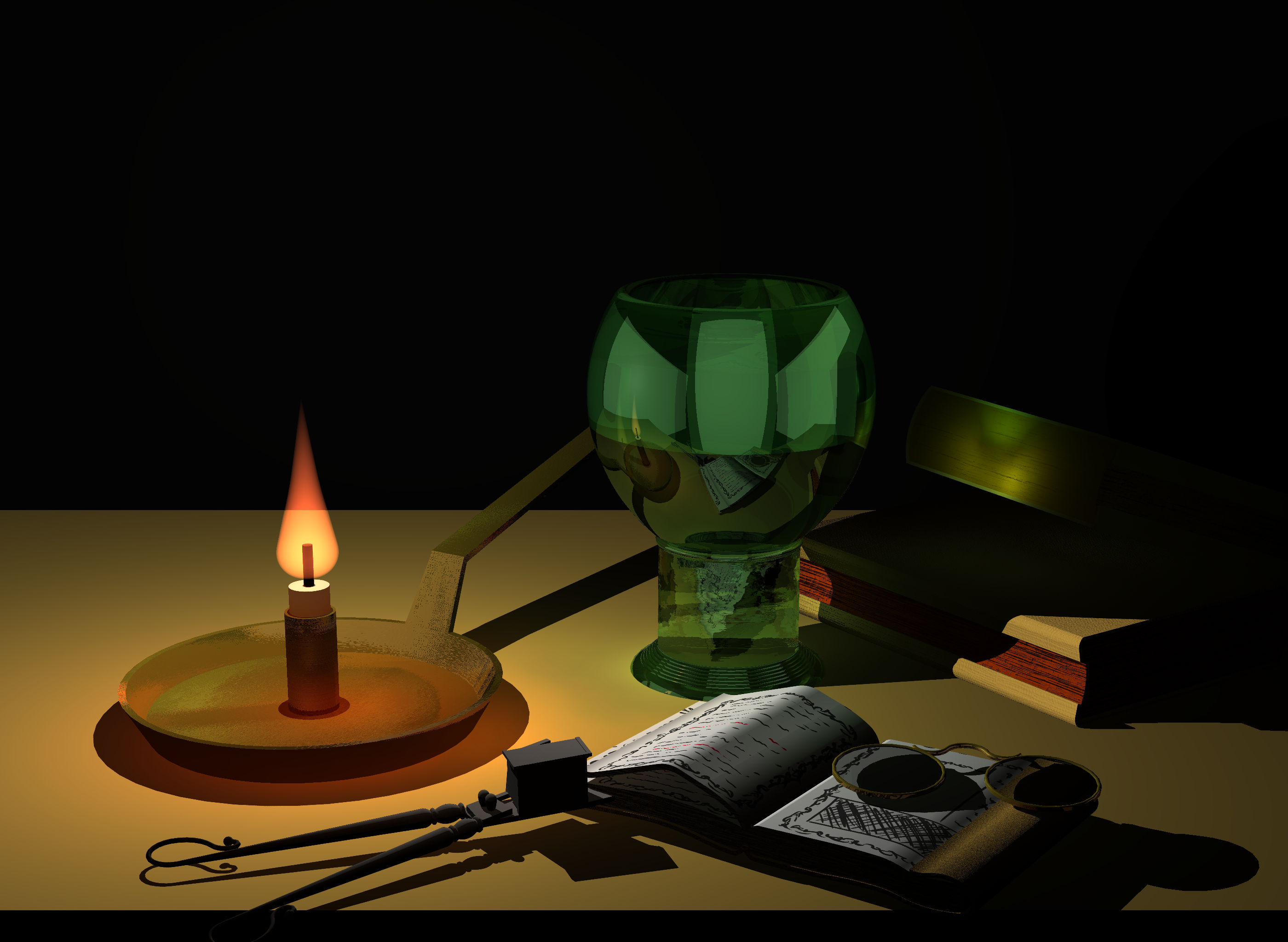 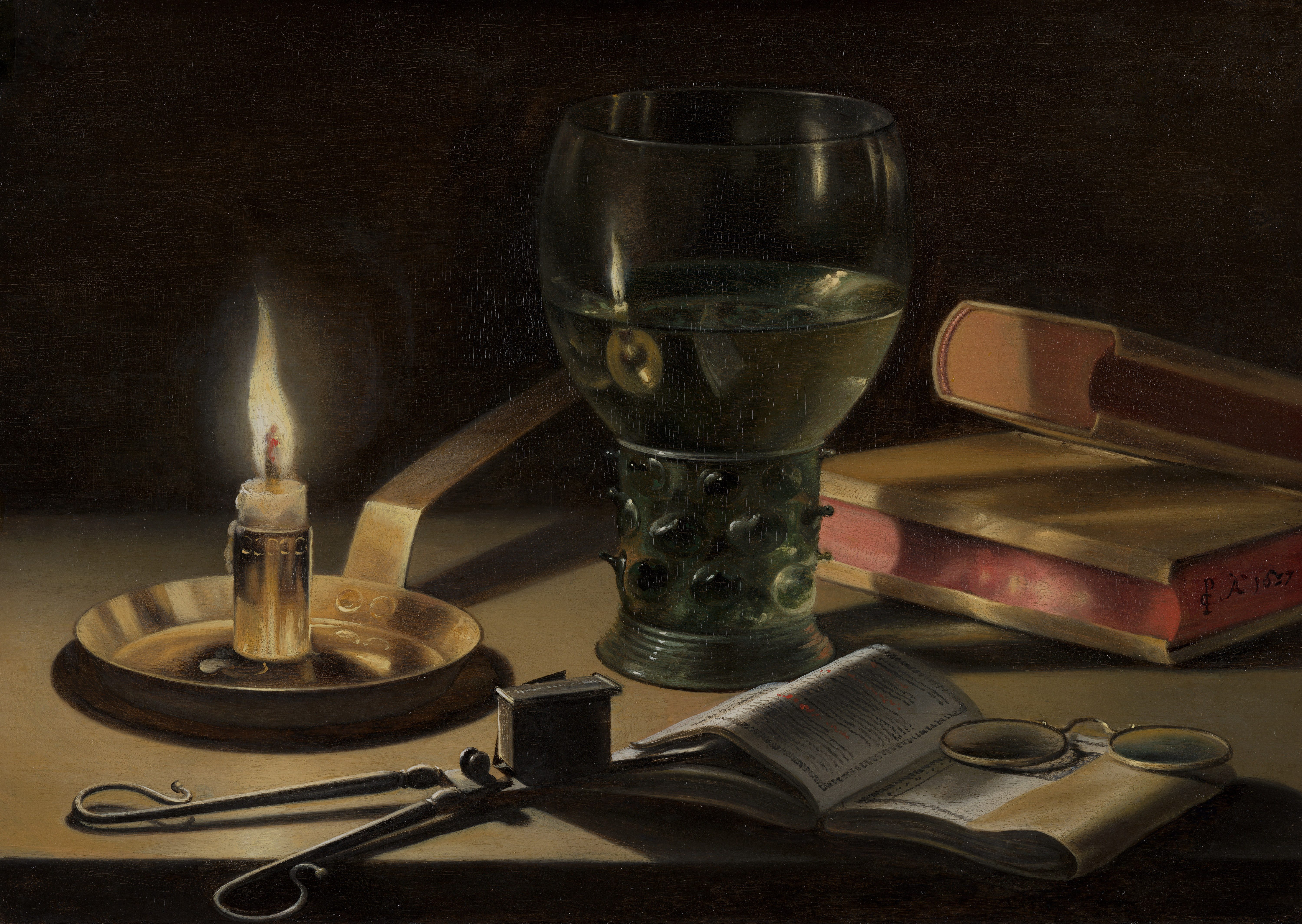